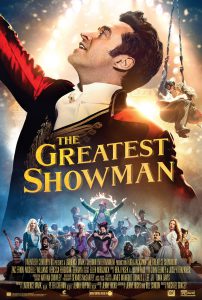 At Wardington Memorial Hall Doors open at 7.15pm, for a start at 8pm

It is inspired by the imagination of P. T. Barnum and celebrates the birth of show business and tells of a visionary who rose from nothing to create a spectacle that became a worldwide sensation.

The film won The Golden Globe Award for best original song ’This is me’ written and composed by Benj Pasek and Justin Paul.

Please inform us as soon as possible if you plan to attend:
Email: wardingtoncinema@hotmail.com Paul Bimson – 01295 758855